Background: This paper proposes an improved Tetrolet algorithm of image denoising. Tetrolets, as the newest members of the post wavelets, represent the most concentrated image energy and provide the best sparseness. However, Tetrolet denoising is usually accompanied with occurrence of adverse blocking artifacts.

Methods: To resolve this problem, this paper introduces a recursive translation method, which can effectively eliminate the fuzzy blocks in the image and use the matching window threshold function, thus improving the original algorithm. In the simulation experiment, a medical image, in particular, nuclear magnetic resonance image of patient’s head, is denoised by the proposed algorithm and compared with those provided by alternative denoising methods, such as wavelet, improved wavelet, improved Contourlet, and traditional Tetrolet methods.

Results: The comparative analysis results proved the superiority of the proposed improved method by the peak signal-to-noise ratios.

Discussion: It can effectively eliminate the noise, retain the local characteristics of the original image, and keep the most clear texture of the processed medical images. 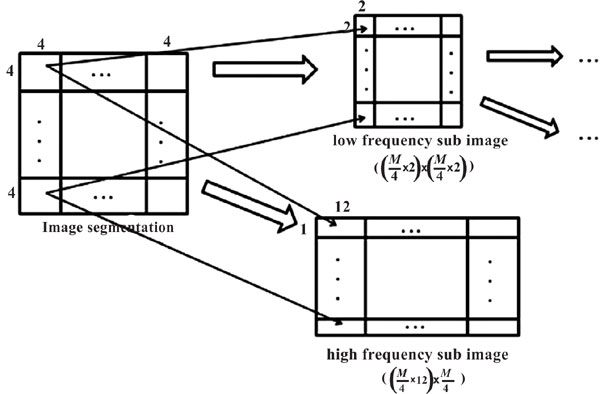