Implementation and Analysis of Classification Algorithms for Diabetes


Background: In this era of cutting edge research, though one of the ubiquitous facilities accessible to modern man is state of the art medical care yet diabetes has emerged as one of the major ailments afflicting the present generation. So the prime necessity of this age has transformed into providing cheap and sustainable medical care against such major diseases like diabetes. In layman’s terms Diabetes may be defined as a physiological condition wherein the blood glucose level is more than the prescribed level on a regular basis.

Objectives: So the prime objective of this work is to provide a novel classification technique for detection of diabetes in a timely and effective manner.

Methods: The proposed work comprises of four phases: In the first phase a “Localized Diabetes Dataset” has been compiled and collected from Bombay Medical Hall, Mahabir Chowk, Pyada Toli, Upper Bazar, Jharkhand, Ranchi, India. In the second phase various classification techniques namely RBF NN, MLP NN, NBs, and J48graft DT have been applied on the Localized Diabetes Dataset. In the third phase, Genetic algorithm (GA) has been utilized as an attribute selection technique through which six attributes among twelve attributes have been filtered. Lastly in the fourth phase RBF NN, MLP NN, NBs and J48graft DT has been utilized for classification on relevant attributes obtained by GA.

Results: In this study, comparative analysis of outcomes obtained by with and without the use of GA for the same set of classification technique has been done w.r.t performance assessment. It has been conclusively inferred that GA is helpful in removing insignificant attributes, reducing the cost and computation time while enhancing ROC and accuracy.

Conclusion: The utilized strategy may likewise be executed for other medical issues. 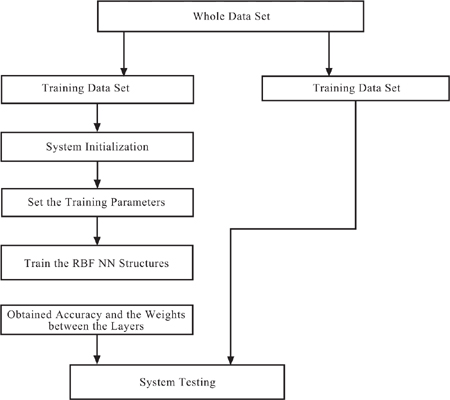