Background: In patients with Alzheimer’s disease (AD), cerebral blood flow (CBF) is decreased from the early stages. CBF in AD is currently estimated from Z-scores using statistical analysis. However, the Z-score is not considered the impaired area ratio.

Methods: In the present study, a novel indicator, ΣzS, associated with brain surface area and Zscores, is defined and the association with regional CBF has been estimated using Mini-Mental State Examination (MMSE) scores, which indicate the severity of cognitive impairment in patients with AD.

Conclusion: These results suggest that ΣzS may be a useful indicator of CBF metabolism, and thus may improve the current understanding of cognitive function in patients with AD. 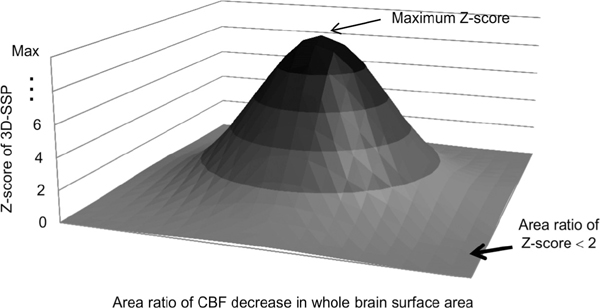