Background: Due to the significant variances in their shape and size, it is a challenging task to automatically segment gliomas. To improve the performance of glioma segmentation tasks, this paper proposed a multilevel attention pyramid scene parsing network (MLAPSPNet) that aggregates the multiscale context and multilevel features. 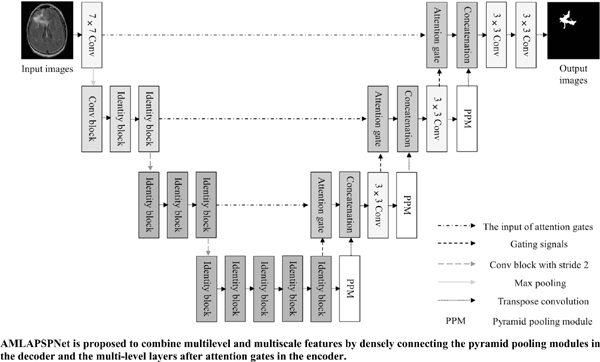